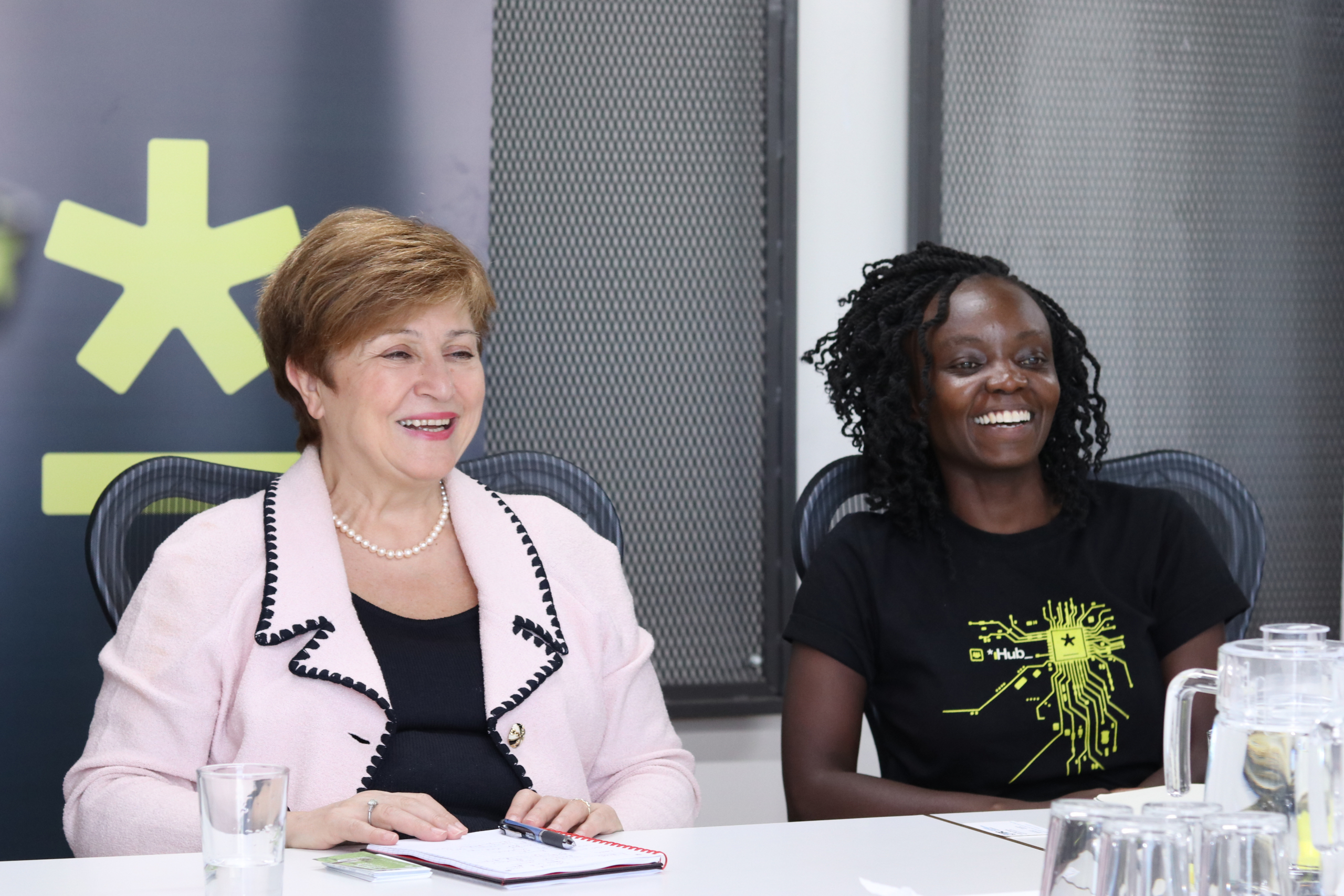 It is fair to say that the iHub has been both a vital catalyst for regional technology acceleration and a learning model for technology hubs across emerging markets. We serve the technology community, by connecting organizations and people, building market-relevant solutions and being ahead of the curve of innovation.

The iHub attracts individuals of all walks of life, and parts of the world. Some of them are world, or national leaders in their particular industries who accord us a chance to listen to their wisdom and are also interested to hearing about the innovations ecosystem in Kenya. We have had the privilege of hosting global leaders who are keen to support the Kenyan Ecosystem.

On 14th March we were humbled to host  Kristalina Georgieva, the Interim President of the World Bank Group and Chief Executive Officer of the World Bank. She was received by our MD, Nekesa Were before proceeding to a meeting with the iHub team. She was accompanied by Jumoke Jagun-Dokunmu IFC’s Regional Director for Eastern Africa, Felipe Jaramillo the World Bank country director for Eritrea, Kenya, Rwanda and Uganda, together with the Bank’s staff.

She visited the iHub community to meet our team and to interact with several startups based at iHub . She discussed the challenges startups face, what needs to be done to support more startups and SMEs, bridging the gender equality gap in technology both at skill and investment levels and how the bank ensures that they have impact on the ground.

Georgieva, as the Interim President, Georgieva drives the World Bank Group’s efforts to end extreme poverty by 2030 and to boost shared prosperity around the world. As CEO for the International Bank for Reconstruction and Development and the International Development Association since January 2017, she has built support across the international community to mobilize resources for poor and middle-income countries and to create better opportunities for the world’s most vulnerable people.

Georgieva has built a reputation as a gender equality champion, humanitarian, and leader in the global fight against climate change. As co-chair of the Global Commission on Adaptation, she is working alongside Ban Ki-Moon and Bill Gates to bring the issue of climate change adaptation on equal footing with mitigation on the policy agenda. At the World Bank and the European Commission, she has driven progress on gender balance, pushing toward a target of 40 percent women in management by 2019 at the European Commission, and achieving parity in senior management at the World Bank. And as co-chair of the United Nations Secretary-General’s High-Level Panel on Humanitarian Financing, she secured the adoption of a much more effective system to meet the needs of record numbers of vulnerable people.

We would like to thank Georgieva and her team for visiting us. We would also like to thank the World Bank, Kenyan office Felipe Jaramillo for facilitating this meeting. We would like to appreciate the support that the Bank has given to the iHub and we look forward to working closely with the bank to support more globally competitive local startups, create avenues for more collaboration among stakeholders, bridge the gender equality gap in technology and creating environment for more community engagements. From the iHub team and community, Asante and Karibu tena (Thank you and welcome again).