Does Kenya’s Huduma Namba exemplify the elements of Good Identification? 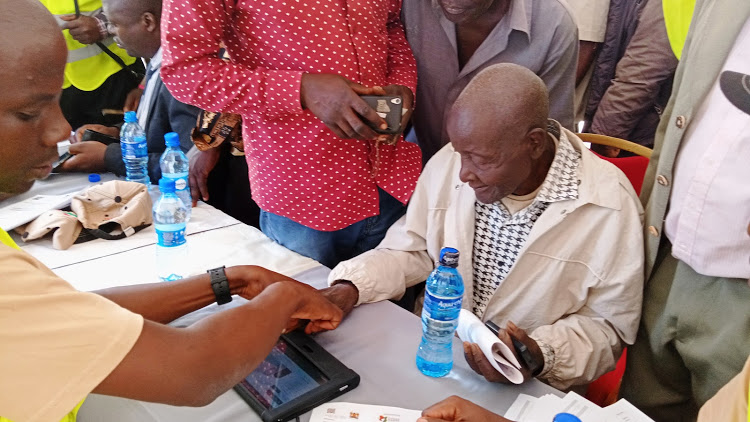 In February 2019 the government of Kenya went ahead and announced the biometric registration of Kenyans to start in 15 counties. With the plan to register nearly 50million Kenyans aged six and above, a whopping 6 Billion has been set aside for this exercise.

Since this announcement it has been evident this Digital ID System, dubbed the National Integrated Identity Management System (NIIMS), has been marred as a result of political interests. This began with the questionable procurement process, the strict timeline of conducting the process in 45days despite insufficient notice and the threat of no access to government services e.g. passport if one does not have a huduma namba as was mentioned by the Director of Immigration, Gordon Kihalangwa. Why does there exist such urgency for Kenyans to register for this ‘huduma namba’, lauded to improve security and ease of access to government services?

On April 1st a court ruling suspended the mandatory biometric registration of Kenyans, making it an optional exercise. However, reports from counties such as Mombasa and comments from government officials illustrate that the process is still mandatory where duress and even brute force is being used against Kenyans who do not comply and disparage the process on social media.

The questions that remain, is it possible to stop, recalibrate and restart this process in good faith? Can we determine why exactly we need digital identification in Kenya (if at all) and what this process should and deserves to look like?

At the Internet Society 2019 African Chapters Advocacy meeting in Addis Ababa at the African Union Commission, between the 9th and 10th of April, we got to discuss at length how exactly this process should look like, where everyone’s interests are considered and protected.

The Public Participation Bill of 2018 outlines that the responsible authority shall provide reasonable and meaningful opportunities for public participation. On the matter of digital ID’s in Kenya, public participation was not employed to get perspectives from citizens and other stakeholders in order to uphold a collaborative spirit. By seeking opinions and feedback from stakeholders the government could have addressed concerns and put in place solutions as well as receiving buy-in from all involved in the process, resulting in a more harmonised process.

In addition to a lack in public participation, information on the National Integrated Identity Management System (NIIMS) still seems scanty hence casting doubt on the intentions of the government especially due to the sensitivity of the data being collected from Kenyans. Communication of the roll out strategy, objectives and potential impact based on evidence based research has not been done for the benefit of Kenyans. At risk of duplication of efforts, additionally how does the huduma namba supersede all the other numerous forms of identification that Kenyans have? This is information if delivered to Kenyans in a timely, clear and organised manner could change the negative perceptions of the lauded Huduma Namba.

Kenya still does not have a ratified Data Protection policy, so it would be folly for the government to conduct this biometric registration process, when no law exists to protect the sensitive data being collected from Kenyans; or even protect Kenyans from their data being misused to defend infractions against them such as surveillance, exclusion to services or even spaces.

The Omidyar Network identifies Good Identification as fundamental to inclusive growth and could unlock economic value equivalent to 3–6 percent of GDP on average by 2030, this is from a study conducted by Mckinsey Global.

What is Good Identification? According to the Omidyar Network, Good Identification is an empowering form of identity designed to be inclusive, private, secure, and controlled by the individual with the goal of helping people to participate more fully and fearlessly in society and the digital economy. Issuing Good Identification, backed by safeguards and principles, helps countries maximise the benefits and continental aspirations while minimising the risks for people, business, and government.

Here is a summary of principles on identification for sustainable development towards the digital age, that highlight the elements of inclusion, design and governance.

Currently the biometric registration still continues, albeit not being mandatory; Kenyans are being encouraged to voluntarily undergo the registration process. I believe it’s not too late to fix what has been broken, but we need to do an overhaul of the process, one that employs a multi-stakeholder dynamic, is transparent, ethical, secure and eventually valuable to Kenya’s economy.